This game has been written for the ZX Spectrum computer using the Arcade Game Designer written by Jonathan Cauldwell.  AGD is great, but has been enhanced by Allan Turvey and his version is AGDX, which is the version I used.

ROBOT finds itself in a strange place near a security guard. ROBOT checks the memory banks and finds a mission brief, but the details are a bit hazy. ROBOT just knows that the ultimate goal is to get out of there.

ROBOT has 5 lives, and moving around uses up precious battery power. As ROBOT moves from one screen to another the mini-map will be updated to indicate the current screen. The map is an eight by eight grid of locations. I will leave it up to you to figure out if all 64 locations are used or not.

There are multiple objects that will be useful along the way. Some of these objects have to be used in specific places (indicated on the screen), while others may have a use that isn't so obvious to figure out.

I have provided two tape snapshots. The keys used are either:

The game asks you to select your controls (choose one of either keyboard, Kempston Joystick and Sinclair Joystick), then prompts you to choose the difficulty level.  There are three difficulty levels.

The EASY level is really for kids. You don't die by touching enemies, the objects are in quite simple places (you only need a few of them to get to complete the game), and you don't use up so much battery power as you move around.

The MEDIUM level is a bit more tricky, and you will lose battery power if hit by enemies or bullets, but probably once you know where you are supposed to be going you'll find it pretty simple.

The real tough choice is the HARD level. I've been play testing for some time and I only completed the game once on that level so far!

I've set up a facebook group for players of the game.  I don't expect this game to be completed really quickly while playing on the Hard Difficulty, so I would think people would share their hints and tips, thoughts, progress, and so on, or ask for help from other members of the group.  Search facebook for the name of the game (ROBOT - The Impossible Mission), but if you prefer, there's also going to be a Community discussion board on itch.

These tape files (each with a different set of keys) are playable on most ZX Spectrum Emulators and could be copied over to an actual machine via either one of the many SD Card solutions or could even be played into a real machine through the EAR socket via an app on a smart phone or from a laptop. 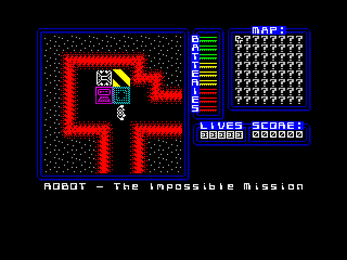 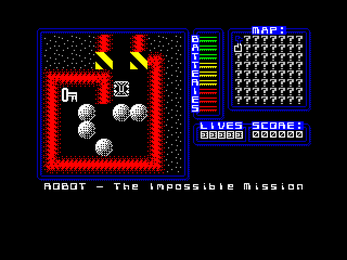 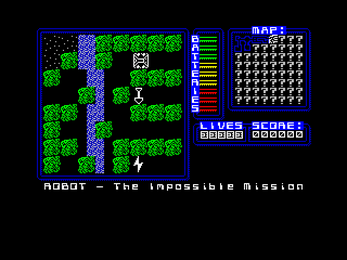 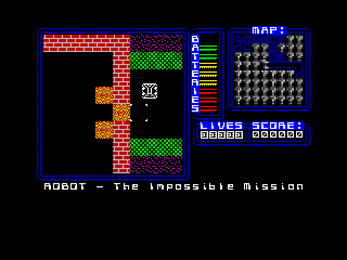 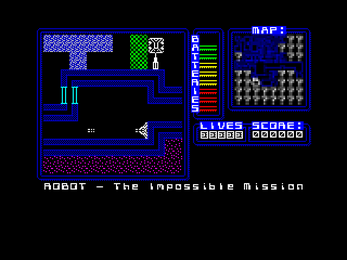